Need for Speed Hot Pursuit Remastered - Patch 1-Changelog:
Audio
-Fixed an issue that could cause audio stuttering during races and cinematics.
-When you change the VOIP / Microphone settings, it should now persist to the lobbies you join going forward.
-VOIP system is now working as intended if a headset is plugged in after joining a multiplayer lobby.
-Speech to text should now be functional for players on the same platform.
-A similar issue also affected the text to speech audio being distorted, this is now resolved.

Lobbies
-Interceptor lobbies should now be limited to two players, as intended.
-The "Change Access? menu now properly disappears after a selection is made.
-Fixed an issue where players wouldn't transition from the lobby to the race.

Visual / UI
-Players should no longer see voice icons from other platforms. In-game voice chat is available when cross-play is turned off. When cross-play is turned on, voice chat is restricted to each platform's party chat system. This hint is now also shown in the privacy settings.
-You should no longer be able to get stuck on the driver details menu.
-When a friend beats your time, the correct date should now be displayed in the Autolog notification.
-When busted as a racer in a Hot Pursuit multiplayer event, the player list is now only shown once on screen.
-Autolog notifications should now display in the respective language if you change the console language and local settings.
-Trophies you should receive (for Cop / Racer ranks) should now unlock correctly, even retroactively if there are any you should have received, but haven't.
-When using custom colors, the color displayed in the "last/recent? slots should now display correctly. It did most of the time, but there were a few scenarios where it wouldn't.
-Fixed an occlusion issue on a mountain along Boulder Road.
-The Porsche Boxster Spyder now allows you to recreate "Speed Yellow? using the custom color palette.
-Some events were missing Speedwalls, these are now present and visible on the career map.
-The "Beauty and the Beasts? summary screen now shows the bounty earned for placing 3rd.
-When losing connection and reconnecting, the player avatar is shown correctly on the Speedwall.
-Notifications that a friend beat you in an Intercept event will no longer be cut off when scrolling at the bottom of the map screen, nor should they display random question marks.
-During the Most Wanted event intro, the correct names and symbols should now be displayed above vehicles.
-You should no longer encounter a short black screen when going to submenus from the pause menu during a multiplayer race.
-The car shadow should no longer flicker in the Police Station parking lot on Cascade Terrace Road.
-When you are viewing your own profile on PS4, the game you're currently playing is now correctly shown.
-After sending/receiving a game invite request from a friend, a confirmation notification will now show as intended.
-When you're in a single player race, the correct game mode is now reflected in your friends list and dashboard.
-The player avatar frame now disappears after the first loading screen.
-Player avatars should now be better aligned with names in result screens.
-When cross-play is enabled, the platform identifier should now also show next to the name during a race, not only on the leaderboard.
-With cross-play enabled, all platform identifier icons have the same shade / opacity of white.
-The VOIP icon no longer overlaps player names in cross-play multiplayer race outro screens.
-Players can now be added to the friends list from the "Recent Players? tab.
-In Photo Mode, the top part of the police car sirens is no longer blacked out when the "Show Damage? toggle is set to "on?.
-Removed a redundant line from the User Agreement.
-After changing the resolution multiple times, the intro cinematic to "My Career? should still render at full screen now.
-As some if you had pointed out, there was a Rank 21 shown as next rank. This was unintended and has now been fixed - Rank 20 is the highest rank.

Localization
-Traditional Chinese: The "Jammer? text in the HUD is now in the right place when all charges have been exhausted.
-All languages: Updated the localized Technical Support files in the Support folder of the game installation.
-Spanish: Long player names should no longer be overlapping in the "autolog recommends? section.

Xbox
-When switching controllers while the Xbox menu is open, the game should now behave as expected when hitting the "back? button.
-When disconnecting a controller while on the title screen, the button prompt to continue to the next screen should still be displayed.
-Fixed an issue that could cause a crash when you started the game without being signed into your profile.
-From the wall, you can now access other players' gamercards.
-"View Player? prompt no longer appears on the friend list screen if your friend list is empty.
-When using "instant sign-in? and having the console powered down to stand-by, rebooting and resuming the title should now work smoothly.
-Other Xbox players are now identified as such before and during races.

Steam
-The Steam client should now show the "Badge? section for Need for Speed Hot Pursuit Remastered (not related to the client update, but might as well mention it here).
-The game doesn't show "pre-purchase? anymore instead of the normal buy option.

My personal favorite
-The title will now be correctly spelled "Need for Speed Hot Pursuit Remastered? - with a lowercase "f? - on the PlayStation store. 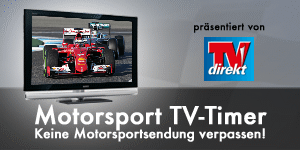 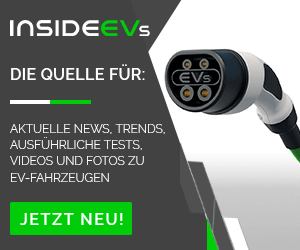 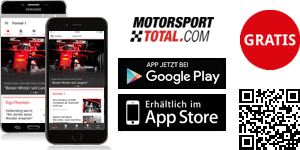